Home / #MODIROJGAARDO - Why Is It Trending!!!

#MODIROJGAARDO - Why Is It Trending!!!
Nowadays, a hashtag is rapidly trending on Twitter, and even we are experiencing millions of retweets over it. The hashtag we are talking about is #Modirojgaardo... 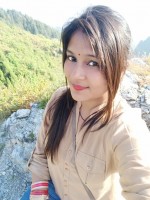 Nowadays, a hashtag is rapidly trending on Twitter, and even we are experiencing millions of retweets over it. The hashtag we are talking about is #Modirojgaardo. But have you ever thought why this all started or what is the major reason behind the anger of the young generation. Why have they taken such a step and challenged the government? Well, today, here we, the team of eStudentbook, have decided to provide you a brief look over the reason behind this ongoing hashtag trend.

According to the statistics of 2019, there were around 1,30,000 deaths in the country, among which 11268 were due to unemployment. This data was given by NCRB (National Crime Records Bureau). Along with this, we want to remind you about one of our honorable Prime Minister’s press conferences held on 15 July 2015. At that time, he stated that employment is the major priority of the government. Each young candidate should be employed. Even he stated about the policy under which the government decided to provide training to 1 crore candidates. However, according to the statistics available, till the 2019 elections, only 34 lakh candidates got trained, and 10 lakh got employed.

Another major reason behind this trend and anger is SSC CGL TIER 2 2019 Result. After the declaration, more than 25 lakh followers retweeted. The SSC CGL Tier 2 2019 exam was held on 15,16,18 Nov 2020, and the result was declared on 19 Feb 2021. After declaration, several candidates stated that they performed well but were still not selected. Let's take a look at the short story.

When the candidates and other news portals tried to contact the SSC Administrative authorities, they said, “Please contact the helpline number,” but NO response from there as well. No one even picked up the call.

Not only the SSC CGL is an issue, but also candidates faced issues in SSC GD 2018 recruitment. According to the first notification, there were 54000 positions vacant. Later on, the authorities increased the number to 60210. There were a total of three stages in the recruitment process that got completed from July 2018 - January 2021. Meanwhile, on 21 Sep 2020, our honorable Home Minister stated that there are 1,93,000 posts empty. Due to this, the major question raised is why the government is not filling up all the positions?

The problem was not over yet. There were several candidates who filled up the registration form at their maximum age. Due to the late schedules and delays, they crossed and considered as not eligible for the positions and this led to their disqualification from the recruitment process. As per the details available, around 90,000 candidates were not selected due to this delay and they lost their last chance of getting a government job.

Apart from this, every time, the candidates are facing different issues while filling up the SSC Recruitment examination forms. This also led them towards taking such steps.

"RAILWAYS" IS ALSO AT FAULT!!

Railways Recruitment Board released a notification regarding 95,800 vacancies and around 1 crore 26 lakh candidates applied. Till now, NTPC has not even organized recruitment examinations. Candidates are still waiting for their admit cards and exam dates.

Just like this, the Railways Board declared about 1,03,700 Group D vacant positions for which around 1 crore 15 lakh candidates applied and again no exam date has been published yet. Candidates don’t have any other option but to wait. This is actually a depressing situation for all and also leading the generation’s future towards darkness.

Such issues are the major reasons for the trend #modirojgaardo. After seeing all this, we can say that the government is not taking proper consideration towards the demands of candidates related to employment.

According to a Bloomberg report, Software developers got the top spot on the US News and World Report list of the best careers of 2023.

How Extra-curricular Activities are Important in Teaching Life Skills

Here's a list of some essential skills to explore and gain outside the confines of academic knowledge: Build social skills and create social contacts, imprint life lessons......

The Institution of International Education released an Open Doors report, revealing that the number of Indian students in the United States raised by 19% over last year to two lakh. The report, sponsored by the US Department of State, exposes the trend of international student exchange for the 2021-22 academic year.

Here is an overview of post-study work rights policies at the end of 2022 and information about working while studying at each destination, given the high demand for this option among international students.

Gamification is an educational approach that aims to construct the element of enjoyment and engage the attention of students toward beneficial learning. At the same time, by piquing the interest of learners via gamification of learning, the goal is to encourage and inspire students to continue learning.

Tomato flu, also known as Tomato fever, is a rare viral disease causing dehydration, rashes, and skin irritation that affects children under the age of five years. Tomato flu might not be a new viral infection but could be an after-effect of dengue or chikungunya fever in children...

How Extra-curricular Activities are Important in Teaching Life Skills